Home > News > What should I do if the Ni-Cd Battery is not charged?

What should I do if the Ni-Cd Battery is not charged?

Ni-Cd Battery as a DC-powered battery, can maintain the charge and discharge hundreds of times under normal use, but the disadvantage is that, in the case of improper use, it is easy to recover the original power and damage the battery. Then, as a Ni-Cd Battery Pack Supplier, Xiaobian will tell you how to do if the nickel-cadmium battery is not charged. 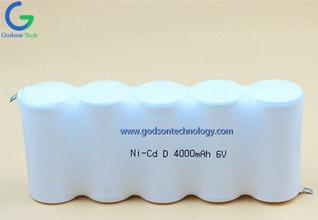 Ni-Cd Battery is a kind of DC-powered battery with small internal resistance, large electric quantity and stable discharge current voltage, but the shortcoming is also fatal, which also affects the quality of use. That is, the nickel-cadmium battery has "memory effect".

Therefore, when using a nickel-cadmium battery, we should discharge it as completely as possible, and then take it to charge, so as to ensure the service life.

What should I do if the nickel-cadmium battery is not charged?

When we use the battery for a certain period of time, we will find that there is no charge, then there are the following possibilities:

2. The internal structure of the battery is damaged;

3. The battery has not controlled the heat during use, resulting in an additional reaction;

4. The service life is too long, charging and discharging more than 500 times.

In general, when we use a nickel-cadmium battery, we need a charger that can discharge, so that our battery is completely discharged and then charged.

Similarly, when we can't charge it, we can also use a discharge device to discharge, and after 24 hours of discharge, we will charge it again.

If the internal structure of the battery has gone through a high temperature and an additional reaction has changed, the life of the Ni-Cd battery may end, so we must pay attention to the maintenance of the battery when using it.

It is also possible to add a voltage of 5 times to the Ni-Cd Rechargeable Battery, that is, more than 6V, and the charging current is controlled at 1 times C10 of the battery, for example, a battery of 1.2V1700MAH, and a voltage of 6~7V is applied thereto, and the charging current is applied. Maintaining around 1.5A~1.7A, charging for 20 minutes, stopping for 20 minutes, lasting about 8 hours, the average battery can recover more than 60% of the capacity. You can try.