Home > News > Why does the Battery Use Less Power the Longer it Lasts?

Why does the Battery Use Less Power the Longer it Lasts?

As an Emergency Lighting Battery Supplier, share with you. The durability of the battery has always been a problem for researchers, because no matter how large the battery's capacity is, it doesn't make sense if it can't be recharged multiple times. We all know that lithium batteries will decrease in capacity with use, but no one has ever known why. Recently, the United States Energy Agency has discovered the cause of battery aging: nano-sized crystals.

Scholars have carefully studied the materials of the anode and anode of modern batteries, and they found that these materials will be directly corroded during use, but the mechanism of corrosion has not yet been clarified. Brookhaven National Laboratory's team observed high-quality nickel-oxygen cathodes with a transmission electron microscope and recorded their changes during repeated charge and discharge. 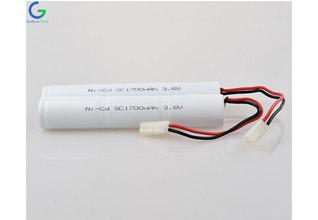 This experiment shows that when lithium ions pass through the cathode and anode, they will "get stuck" in the ion channel, and they will react with nickel oxide and form tiny crystals. These crystals change the internal structure of the battery and prevent other ions from reacting efficiently, reducing the available battery capacity. Surprisingly, such weakness is random and there is no regularity at all. Our company has Ni-Cd Battery for sale.

The reason why lithium batteries are not perfect is that the battery components are not perfect. No matter how much we pay attention to the structure of the anode and the anode, small damage will produce crystals. Just like when boiling water, a container with an uneven surface is more likely to cause bubbles in hot water. It can be said that as long as there is a gap in the battery material, nanocrystals will be generated.

The US Energy Agency also launched a second study to explore the impact of charging speed on battery capacity. They found that modern batteries are getting smaller and smaller, which in turn will shorten battery life.

There are also some reasons for battery capacity loss to share with you.

The deposited lithium is coated on the surface of the negative electrode, blocking the insertion of lithium. Causes the reduction of discharge efficiency and capacity loss due to: ① the amount of recyclable lithium is reduced; ② the deposited lithium metal reacts with the solvent or supporting electrolyte to form Li2CO3, LiF or other products; Blocking the pores of the separator increases the internal resistance of the battery. Our company also has Emergency Power Pack Ni-Cad on sale, welcome to consult.