Home > News > How to Design the Internal Structure of a Safe Lithium Battery Pack?

How to Design the Internal Structure of a Safe Lithium Battery Pack?

As an Emergency Lighting Battery Supplier, share it with you. 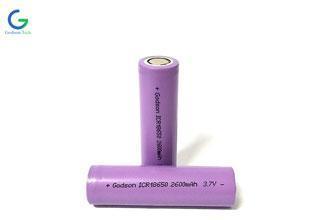 Lithium battery will over-temperature when it is not in moderate application (overcharging, power loss, overcurrent) or in extreme natural environment (excessive temperature). The slag will get rid of the quiet condition of normal temperature, and make it in hotter Thermal movement of the indoor space of the lithium battery electrolyte. Next, if the debris is close to the diaphragm, the hot debris will harm the isolation of the diaphragm and cause a short-circuit failure. Therefore, now we have a high polymer lithium battery, using a colloidal solution electrolyte solution to replace the liquid electrolyte solution, which can reduce the probability of short-circuit failure.

Lithium battery pack principle: Lithium battery pack is a kind of secondary battery (rechargeable battery). The key to its work is to store and release kinetic energy through the crossover and deintercalation of lithium-ion batteries between positive and negative.

The basic principles of the composition of lithium battery packs.

The lithium iron phosphate battery pack is structurally stable during the charging and discharging process of lithium.

Our company also has Lithium-Ion Battery on sale, welcome to contact us.