Home > News > How to Perform Measurements of Emergency Lighting

How to Perform Measurements of Emergency Lighting

Nowadays, we can not imagine life without electric lighting. Light plays a huge role in our lives. It allows you to "extend the day", with positive and negative effects. We are so accustomed to artificial lighting that we do not realize what the risks of its lack are. Due to the unreliability of electric lighting - usually resulting from the power supply decay, it was necessary to create a system protecting against the effects of its lack. To prevent unexpected fading of light, and thus to avoid the panic effect in public facilities, where a large number of people can be used emergency lighting. Emergency lighting is an additional source of energy, supplying selected luminaires with basic lighting or luminaires specially designed for this purpose.

2. The scope of application

Emergency lighting should be used:
- In rooms:

· the audience of cinemas, theaters and philharmonics,

· with an area of over 1000 m2 in garages lit only with artificial light.

· from the rooms mentioned in the above point,

· lit only with artificial light,

· in hospitals and other buildings intended primarily for the stay of people with limited mobility,

· in high and high-rise public buildings and a collective residence.

- In temporary buildings, if they are intended for spectacular or other gatherings of people.

3. Types and objectives of emergency lighting

Emergency lighting, the general purpose of which is to ensure a safe exit from the place of stay, during the loss of normal power supply, should be supplied from an independent power source. According to EN 1838, emergency lighting includes: emergency escape lighting and spare lighting, (Fig.1) 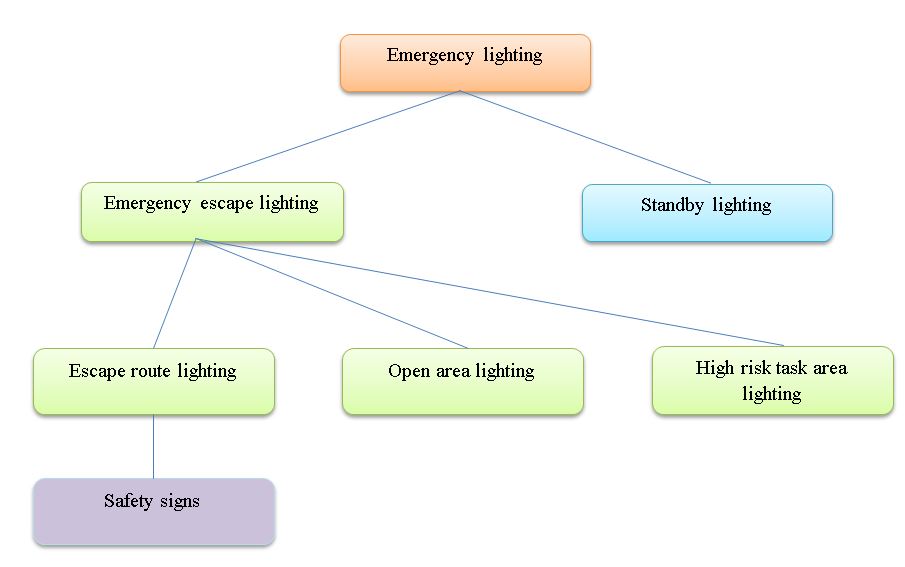 Fig. 1. Types of emergency lighting, according to EN 1838

3.1. Emergency escape lighting can be divided into:

Its purpose is to ensure safe leaving the place of stay, as well as to ensure visibility and easy locating and use of fire equipment and safety equipment. Illumination of escape routes should be designed so that the damage of even one light fitting does not cause the road to become dark.

In the case of escape routes up to 2 m wide, the illuminance on the floor in relation to the central line of the evacuation route (axis) should not be less than 1 lx, and on the central lane - no less than half the width of the road - the intensity should be at least 50% of the value given (Figure 2). It is also important to maintain the uniformity of lighting and it is required that the ratio of maximum to the minimum illuminance along the central line of the escape route should not be greater than 40:1.

If the first aid points and fire-fighting devices and alarm buttons are not in the escape route or in the open area, they should be so lit that the illumination on the floor in their vicinity is at least 5 lux. The minimum value of the color rendering index (Ra) of the light sources used should be not less than 40. 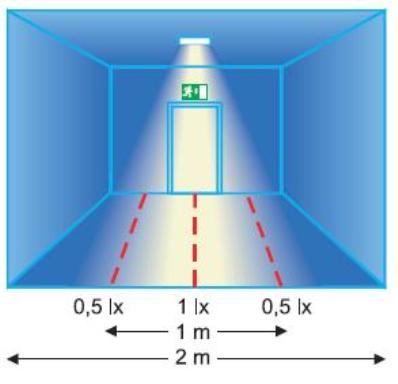 The minimum duration of use of lighting in the escape route according to EN 1838 for evacuation purposes should be 1 hour, with 50% of the required illuminance to be generated within 5 s and the full level within 60 s.

The purpose of lighting the open zone is to reduce the likelihood of panic, to facilitate the identification of evacuation directions and to allow safe movement of people towards escape routes. This lighting is used in zones with unspecified evacuation routes in halls or in facilities with a floor area of more than 60 m2 or smaller, if there is an additional threat caused by the presence of a large number of people.

The value of the open area emergency lighting intensity should not be less than 0.5 lux at the level of the floor used during normal activity, except for the separated 0.5 meter perimeter area, while maintaining a uniformity of not less than 1:40, (1). It is recommended that obstacles occurring at a height of up to 2 m (measured from the floor) are also illuminated. And the minimum value of the color rendering index (Ra) of the light sources used should be not less than 40.

The minimum duration of lighting for evacuation should be 1 hour, whereas in the open area 50% of the required lighting should be generated within 5 seconds and the full level within 60 seconds.

3.1.3. Lighting of the high risk zone (workplace with a special threat)

Its purpose is to increase the safety of people who take part in a potentially dangerous process or are in a potentially dangerous situation, as well as to allow proper completion of actions and moving people towards the escape route. Workplaces with a particular threat could include works, works at heights, as well as work with hazardous materials.

When designing such lighting, the maintenance system should be taken into account, because a lighting intensity is required, eg. below which the light intensity is not allowed to drop.

The minimum working time of high-risk zone lighting is the time when there is a risk to people in a given process. It is determined individually by the employer. This lighting should provide 100% of the required illuminance after 0.5 seconds from commissioning.

3.3. The basic definitions related to emergency lighting include:

- Emergency exit: output intended for use during a breakdown.
- Safety signs: a sign that provides general safety information, obtained by a combination of color and shape, and detailed safety information by adding a graphic symbol or text. There are signs: 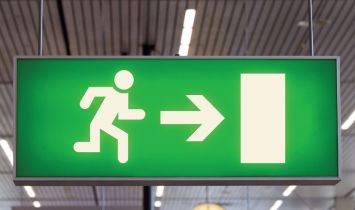 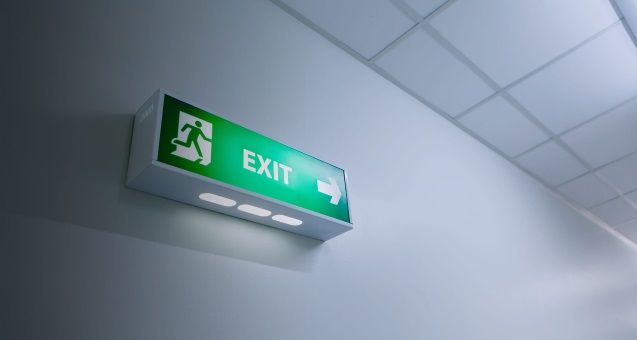 l – distance of observation,
z - is a variable depending on the lighting method of the sign and accepts values:

It is recommended that the safety mark, due to good visibility, be mounted no higher than 200 above eye level.

Measurements of evacuation lighting are made in places marked as an escape route. According to the EN 1838 standard, the evacuation route should be illuminated with its intensity of min. 1 lx. When selecting measurement points, it is recommended to take distances between them from approx. 1 m to 2 m. And also the principle that the more measuring points the more reliable the measurement result will be. For roads up to 2 m wide, illuminance should be tested on the floor along the middle of the road and in the central lane, which is at least half the width of the road. However, when the evacuation routes are wider than 2 m, they can be divided into several roads with a width of 2 m, route the evacuation route with the center, and the area not covered by the open zone or treat the entire space as an open zone.
In high-risk areas, the operating light intensity is examined on a selected surface designated as a hazardous zone. In addition, in high-risk zones, the emergency lighting time should be checked. Its full required lighting should be provided within 0.5 s.

The measurements of the emergency lighting intensity are carried out on the reference (work) plane, - at the height of the floor or stairs.

*- due to the necessity of recognizing colors, the minimum value of the color rendering index Ra of the applied light sources can not be lower than 40, and the luminaires can not affect the change of this value

Measurements of emergency lighting should be carried out in the appropriate class of luxmeter, because we are dealing with very low values of illuminance. Therefore, the meter used must be able to measure such values. Similarly, in high-risk zones, where it is necessary to check the uniformity of light intensity with very high resolution. In addition, the luxmeter should have a valid calibration certificate that confirms the device's efficiency and its declared levels of spectral and basic uncertainty, because the photoelectric cell being a sensor is aging, so it should be subjected to periodic metrological control. The meter should have an error tolerance not exceeding 10%. LXP-10B and LXP-10A models are recommended here.

There are no regulations regulating the forms of as-built documentation from lighting measurements. However, a minimum should be kept in terms of content that will allow for unambiguous evaluation of the tests performed. The measurement contractor can use ready-made templates or use computer programs to perform the test report. One of the recommended programs is the Foton program, developed by DASL Systems in cooperation with SONEL S.A. The program is designed for people performing lighting intensity tests, allowing for the implementation of measurement protocols.