Lithium ion has evolved from being virtually unheard of in 1990 to becoming one of the most commonly used battery chemicals in the world today. Its popularity is driven by the high power-to-weight ratio it offers and its ability to discharge and recharge much more often than other battery alternatives.

With lithium, keeping in mind that the moment lithium-ion batteries are run flat and plugged in for charging, they will never reach their original capacity. Over successive cycles, the capacity will gradually decrease until the battery can no longer power the application for which it was designed. So what happens? To find out, first we need to understand what is happening inside the battery. 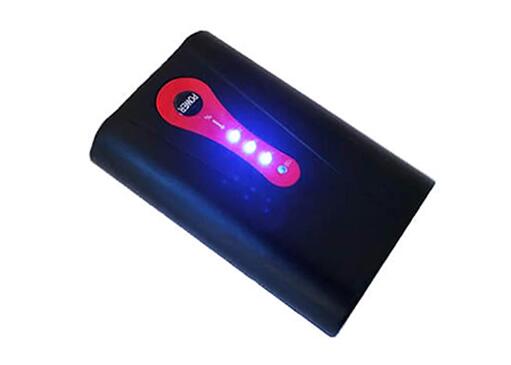 The basic principle of a lithium-ion battery is as follows.

✴ When the battery is fully charged, the negative terminal is filled with lithium ions.

✴ Once connected to an appliance, these lithium ions begin to move through the electrolyte to the positive terminal, and this chemical reaction creates an electrical charge at the terminals.

✴ When there are no more lithium ions on the negative plate, the battery is dead and needs to be charged to reverse the process.

In theory, this should mean that a lithium-ion battery can be discharged and recharged forever, but in practice the process is not quite perfect. From the first discharge and charge cycle, the capacity of the battery drops.

There are four issues at play.

2. electrolyte oxidation on the positive electrode

When a lithium-ion battery is charged, lithium oxide and lithium carbonate atoms form a thin film on the negative electrode called the solid electrolyte interface (SEI).

If the battery is operated at 104°F (40°C) or higher in a fully or nearly fully charged state, a similar film called electrolyte oxidation will appear on the positive electrode. Electrolyte oxidation is nothing new, and the process is actively used to treat metals so they don't rust. This is very popular in the yacht industry, but not in batteries.

This kind of heat may sound rare, but the operating temperatures inside devices such as laptops often far exceed this limit. It's also common in some parts of the world, as Nissan found out when their Leaf EV owners living in hot areas like Arizona filed a lawsuit because of poor battery capacity after relatively few discharge and charge cycles.

Electrolyte oxidation also increases the self-discharge rate, which could explain why some batteries need to be recharged regularly even when not in use.

These films are initially so thin that most lithium ions can pass through, but they gradually thicken after progressive charging and discharging cycles. Each time the film gets thicker, it reduces the amount of lithium ions that can move between the electrodes, which affects the battery's ability to be fully charged and increases the charge time.

Various manufacturers have been able to reduce the buildup of one or both films by adding certain chemicals to the electrolyte, but no one has been able to stop the process completely.

The positive electrode is particularly poor at absorbing ions at low temperatures, so mix fast charging with cold conditions and you have a recipe for fast lithium plating.

Fewer ions around means less battery capacity. In more extreme cases, buildup can cause the battery to short circuit and fail completely.

The video below shows the plating process. Note that it starts gradually, but you can see it happening quickly from about 30 seconds onwards.

There are many physical changes that occur within a lithium-ion battery, and these changes naturally lead to strain on the material, which is often manufactured to be thinner than the width of a human hair. Studies have noted various results from these strains such as electrode cracking.

Some mechanical degradation will only reduce the battery's ability to charge and discharge, while other forms or extremes may lead to complete battery failure.

Not all lithium-ion batteries are created equal

There are many different types of lithium-ion batteries in use today, and they use slightly different materials and chemistries.

For example, lithium manganese oxide is very sensitive to solid electrolyte interfaces, while lithium titanate is a better alternative (but much more expensive to produce).

What to do with a "dead" Li-ion battery

When your lithium-ion batteries seem to have reached the end of their useful life, it's easy to think of them as completely dead, but in fact there is usually still power in the cells - just not enough to power the devices they were intended for. If the terminals are shorted out, for example by leaving a bare battery in a drawer full of keys, there is still enough energy left to start a fire and an explosion.

It is for this reason that shipping companies treat old lithium ions exactly the same way they treat new batteries, and why everyone should treat used or new batteries the same when it comes to storage and disposal.