As a Emergency Lighting Battery Supplier, share with you. Nickel Cadmium has been the only suitable battery for portable devices from wireless communication to mobile computing for many years. The emergence of nickel hydride and lithium ion was in the early 1990s, from nose to nose to strive for customer recognition. Today, lithium ions are the fastest growing and most promising battery chemistry. 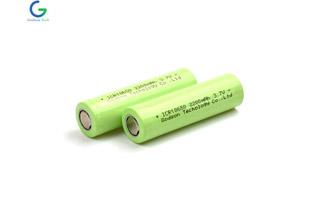 The pioneering work of lithium batteries began in 1912 G.N. Lewis (Lewis), but it was not until the early 1970s that the first non-rechargeable lithium battery began to commercialize. lithium is the lightest of all metals with the largest electrochemical potential and provides the largest gravimetric energy density.

the attempt to develop rechargeable lithium batteries failed due to safety problems. due to the inherent instability of lithium metal, especially during charging, research turns to nonmetallic lithium batteries using lithium ions. Although the energy density is slightly lower than that of metallic lithium, lithium ions are safe as long as certain precautions are met during charging and discharging. In 1991, Sony commercialized its first lithium-ion battery. Other manufacturers follow suit.

the energy density of lithium ions is usually twice that of standard nickel-cadmium. potential for higher energy density. the load characteristics are quite good, and the discharge performance is similar to nickel-cadmium. 3.6 V high cell voltage allows the use of only one battery pack design. Most mobile phones today run on a single unit. the nickel-based battery pack requires three series 1.2 v cells.

The low maintenance cost of lithium ion batteries is an advantage that most other chemical methods can not claim. No memory, no need to cycle regularly to extend battery life. In addition, the self-discharge is less than half that of nickel-cadmium, which makes lithium ion very suitable for modern electric meter applications. Li-ion batteries are disposed of with little damage.

despite the overall advantages, lithium ions also have their disadvantages. It is fragile and needs to protect the circuit to maintain safe operation. the protection circuit built into each battery pack can limit the peak voltage of each cell during charging and prevent the cell voltage from falling too low during discharge. In addition, the battery temperature is monitored to prevent excessive temperature. the maximum charge and discharge current of most battery packs is limited between 1 C and 2 C. By taking these precautions, the possibility of lithium metal plating due to overcharging is virtually eliminated.

Our company also has Lithium Battery For Solar for sale, welcome to consult us.