Home > News > How long does the Newly purchased Ni-MH Battery Charge for the First Time?

How long does the Newly purchased Ni-MH Battery Charge for the First Time?

The newly purchased Ni-MH Battery has a slightly longer charging time for the battery to be recycled. In principle, it should be guaranteed to be full and used up. In general, although the nickel-metal hydride rechargeable battery has a much smaller memory effect than the nickel-cadmium rechargeable battery, if it is used improperly, it will reduce the capacity. Therefore, when using it, try to charge it as much as possible after the power is discharged. Generally, it is necessary to charge three times, about 12 hours each time.

After the first discharge is completely charged, it is generally determined according to the time on the instruction manual. This should be repeated 2 or 3 times to achieve better results in the future use of the battery.

The instructions are not clearly stated in the instructions for about 12 hours, but not more than 24 hours, otherwise the battery capacity will be damaged.

Since the cadmium in the heavily used Ni-Cd Battery is toxic, the waste battery is complicated to handle and the environment is polluted, so it will be gradually replaced by a Ni-MH Battery made of a hydrogen storage alloy. 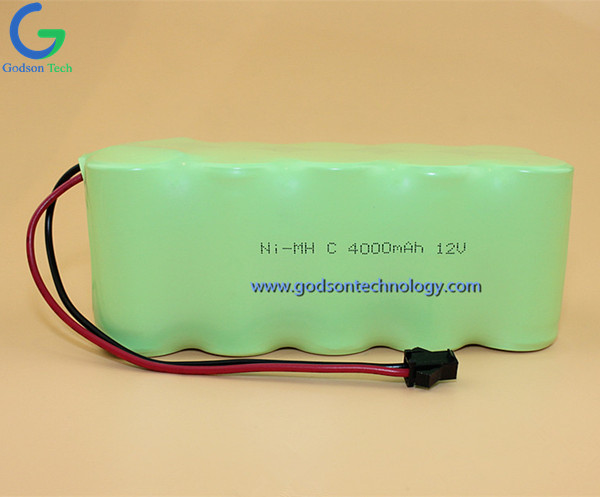 In terms of battery power, the Ni-MH Battery of the same size is about 1.5 to 2 times higher than the nickel-cadmium battery, and has no cadmium pollution. It has been widely used in various small portable electronic devices such as mobile communication and notebook computers. . The larger capacity Ni-MH Battery has been used in gasoline/electric hybrid vehicles. The Ni-MH Battery can be used for rapid charge and discharge. When the car is driving at high speed, the electricity generated by the generator can be stored in the vehicle. In the battery, when the car is running at a low speed, it usually consumes a lot of gasoline than the high-speed driving state. Therefore, in order to save gasoline, the Ni-MH Battery driving motor on the vehicle can be used instead of the internal combustion engine, which ensures the normal running of the car. It also saves a lot of gasoline. Therefore, hybrid vehicles have greater market potential than traditional cars, and countries around the world are stepping up research in this area.

Some metals have a strong ability to capture hydrogen. Under certain temperature and pressure conditions, these metals can "absorb" hydrogen in large quantities, react to form metal hydrides, and release heat. Thereafter, these metal hydrides are heated, which in turn decompose and release the hydrogen stored therein. These metals, which "absorb" hydrogen, are called hydrogen storage alloys.

As a Power Tool Batteries Supplier, our company specializes in Ni-MH Battery and Ni-Cd Battery. If you want to know more details, please feel free to contact us. We will be happy to help you.