As a LiFePO4 Battery Supplier, share with you. The positive electrode of a lithium-ion battery is a lithium iron phosphate material, which has great advantages in safety performance and cycle life. These are also one of the most important technical indicators of power batteries. 1C charge and discharge cycle life can be achieved 2000 times, puncture does not explode, it is not easy to burn and explode when overcharge. Lithium iron phosphate cathode materials make large-capacity lithium-ion batteries easier to use in series. From the principle of materials, lithium iron phosphate is also a process of intercalation and deintercalation. This principle is exactly the same as that of lithium cobaltate and lithium manganate. 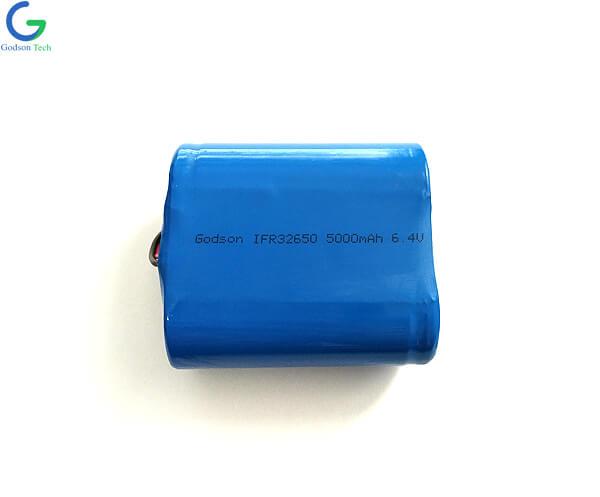 The PO bond in the lithium iron phosphate crystal is stable and difficult to decompose. Even at high temperature or overcharge, it will not collapse and generate heat or form a strong oxidizing substance like lithium cobaltate. Have good security. Although over-combustion and explosion occur in the case of overcharging, its over-charging safety has been greatly improved compared with ordinary liquid electrolyte lithium cobaltate batteries and ternary batteries.

The lead-acid battery has a cycle life of about 300 times and a maximum of about 500 times, while the lithium iron phosphate power battery has a cycle life of more than 2000 times and can be used up to 2000 times with standard charging (0.2C, 5 hours). Lead-acid batteries of the same quality are “new half year, old half year, repairing and repairing for another half year”, which can take up to 1 to 1.5 years, while lithium iron phosphate batteries are used under the same conditions, and the theoretical life will reach 7-8 years . Taken together, the performance-price ratio is more than 4 times that of a lead-acid battery in theory. High current discharge can charge and discharge at high current 2C quickly. Under the special charger, the battery can be fully charged within 1.5 minutes of charging at 1.5C, and the starting current can reach 2C, but lead-acid batteries do not have this performance.

Our company also has China LiFePO4 Battery Pack on sale, welcome to consult.